These are the ones without a universe rlly :p

Appearance: Honestly... he doesn't have a set colour scheme i always change it around lol but he has big circle classes, and beauty marks under his eye and on his cheek! he likes wearing chokers n he has lotsa piercings 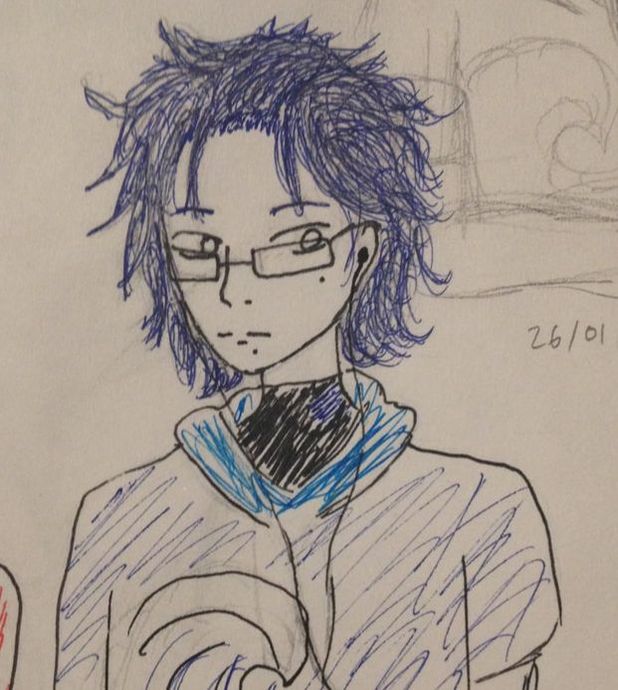 Appearance: He,,,. got longish blue hair thats slicked back and messy, he wears glasses bc he spends his whole day watching anime and playing eroges on his laptop. He has a beauty mark under his left eye and under his bottom lip :$ He's probably like,, paler from staying inside watching anime.

Personality: He's a big Loser whos into art but mostly anime. If he's not watching anime he'll be making anime references and thinking abt his lovely dating sim girls. He doesn't really have social skills (obviously) so he's like... kind of a loner and he doesn't mind that :$ He spends a lot of time just like.. being quiet and thinking, sometimes overthinking yknow... bein emo. He hates loud things and people and always has his music playing on the lowest volume settin.